Office Holders | Current and Past

U. S. Congresswoman Joyce Beatty, Representing Ohio's 3rd District: "I support Judge Jamison because she is empathic and fair, two characteristics we need on the Ohio Supreme Court. Judge Jamison and I share a desire to protect our democracy. It's clear we need leaders like Terri Jamison on our highest court." 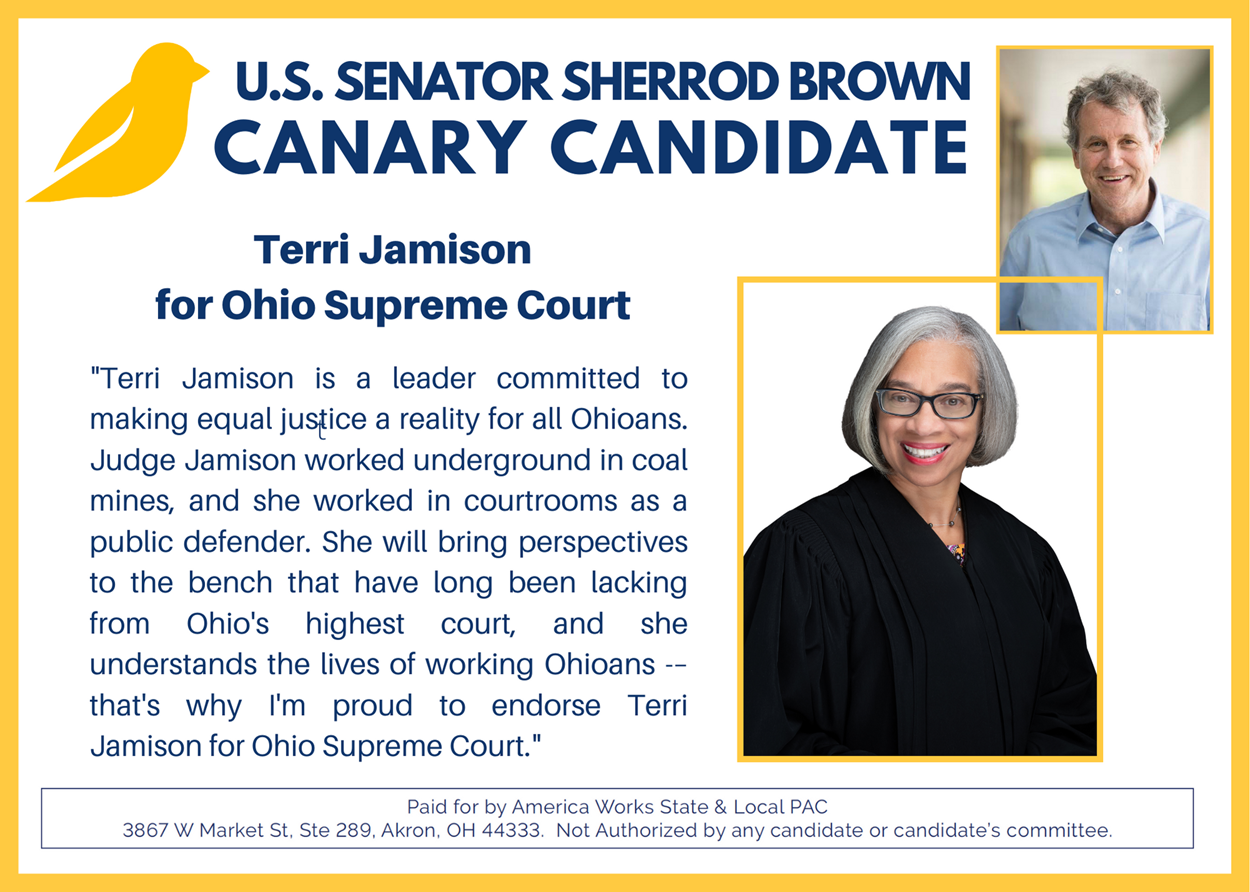 U. S. Congresswoman Shontel Brown, Representing Ohio's 11th District: "From a small business owner, to law school, from the Public Defender's Office in Franklin County to Domestic Relations-Juvenile Court, Terri won a a seat on the Ohio Court of Appeals for the Tenth District, always putting people first, using hard work, and maintaining integrity. Terri Jamison is what Ohio needs on its highest court. That's why I'm endorsing Judge Terri Jamison for the Ohio Supreme Court."

Ohio AFL-CIO President Tim Burga: "The values of hard work and fairness that Judge Jamison learned while being a coal miner in rural West Virginia are the values of Ohio’s labor movement. The political corruption that is running rampant in Ohio is on full display. It has become clear we need Supreme Court justices that will follow the Ohio Constitution and not be activists for partisan agenda."

Judge Terri Jamison is from Welch, WV where labor unions are a way of life. She was a young woman who joined some of the first women to work for U.S. Steel and Olga Coal Company as a member of the United Mine Workers of America Local 7635. Through hard work, Jamison opened, owned, and ran a small business for 16 years.  After achieving her law degree, she ran and won three judicial elections: elected and re-elected as a county judge and elected as an appellate court judge.  Learn more about Judge Jamison's compelling story.